When it hurts to look up

Carving a path through loss
I started writing this towards the end of 2016 as a general rant about the sorry state of the world. But then some sad personal events unfolded and it took a different direction. Trigger warning: miscarriage. 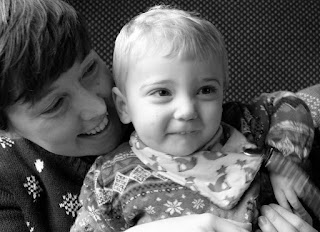 "Aleppo is a place where the children have stopped crying."


Yet another friend had shared this video on social media and, once again, I scrolled passed it without pushing play.


Not through disinterest or ignorance, but as an act of self-preservation.


It all began midway through the year, just before the Brexit vote. I’d been plodding along quite contentedly up until that point. I’d started a nice new job, my lovely baby boy was happily transforming into a cheeky little toddler and, on balance, life was good.


But a week or so before the referendum, around the same time as Jo Cox was brutally murdered in her constituency, my mind started to run away with itself as I found myself imagining what would happen if the UK voted to leave the European Union. The future I foresaw wasn’t nice at all.


As the Brexit vote was confirmed and events unfolded pretty much as I’d predicted, the ground beneath me fell away – ground I hadn’t even really noticed before.


I tried really hard to build it up again. To become a more active citizen and at least try to make some modicum of difference. I tried to broaden my horizons and gain alternative perspectives. I even registered a domain with a view to somehow enabling those with contrasting views to connect with each other and find common ground.


But it got too much. All the information. All the vitriol. All the question marks. The blatant incompetence on display from our government and its so-called opposition. My growing sense of disillusionment upon realising that that every single person, organisation and movement – especially those who profess the loudest to know what they're doing – is making it up as they go along (and things like this - which call for some kind of undefined "action" instead of justifiable despair – just made me feel even worse). No strategies. No foresight. No experts.


And I realised that there really wasn’t a single damn thing I could do to alter the course that humanity seems to have set for itself beyond donating to charities, signing petitions and sending supplies to those in need.


I could see no hope.
So, eventually, instead of leaning in and trying to make my voice heard, and listen to the voices of others, I found myself doing the exact opposite: leaning out from the world and all of its uncertainties. *** "It's not a problem if you don't look up."


I never would have predicted that this line, used by the heroine in Rogue One to sum up her approach to ignoring the the rise of the Empire, would so clearly reflect my new approach to life for the second half of 2016.


I practically stopped watching and reading the news. My phone's breaking news alerts – switched off for the US election – remain deactivated. And I scrolled past the helpless children in the heartbreaking videos.


Instead, I hunkered down and tried to focus on the pleasant minutiae of my life in an attempt to fill my brain with nice little things so I'd be prevented from entering another whirlwind of existential anxiety by thinking about the horrible big things.


And 2016 was on track to end with a particularly nice little thing. A unique collection of cells quietly multiplied inside of me, providing me with a renewed focus and – dare I say it – hope. But deep down I think I always knew that the cells were behaving a little too quietly. And after 12 weeks the sonographer's screen was filled with a dark void instead of twitches of light and feet and a swooshing raisin heart. There was no baby anymore. The cells – our unique mishmash of cells – had gone. And only their protective bubble resolutely remained, still determined to do its job, going nowhere fast.


The blank space on that screen enveloped me in a way that somehow felt inevitable after the events of the previous six months. The plans we'd laid out for our lives for the months – and years – ahead crumbled away. The first feeling I felt in that sonographer’s room was stupidity, for daring to believe that things could have ever turned out differently.


And, over Christmas, it suddenly hurt just as much to look down as it did to look up. To see my tummy, swollen but empty. To see the residue of surgical tape dotted over my body. To find my hands subconsciously clutching the ‘baby on board’ badge lying unused in my coat pocket.


Constant reminders of what we’d lost.


If there was one word I had to choose to sum up 2016 it would be ‘loss’. The year was so full of it for so many people.


Sadly 2017 isn't magically going to get better. Our "leaders" will keep spewing hate. Websites will keep pumping out lies, lapped up by the hungry masses. Our cultural icons will keep dying.


Our budding baby will be lost forever.


But from loss comes experience. From experience comes strength. And from strength comes resolve. And my resolution for this year – and for all years going forward – is to recognise that I do already make a difference.


We all make a difference to each other. And I make a difference to my son, by holding him close. By making him feel safe, loved and fulfilled as the structures around us appear to spin out of control. By helping him to see joy, wonder and kindness in the world and its people.


I resolve to value what I have, whilst never forgetting what I've lost. To live for now, rather than dwell on what might or might not be in the future.


And, more than anything – and trying to find one iota of positivity from what has undoubtedly been the most sorrowful period of my life so far – I resolve to be my son’s very own unpoppable bubble.


Further reading and information
While I don’t envisage I’ll be able to write more about the experience of miscarriage, I found the following sources of information helpful during this difficult time:
What is a missed miscarriage?
The Miscarriage Association
Recovering from surgical management of a miscarriage
The Happy Baby Project’s blog post on what she’s learned about miscarriage (with a particular nod to point 6).

I used to drum but now I mum. Or at least that's the convoluted reason behind the title of this blog. I'm Hayley, mum of two, and here I'll be sharing some thoughts and experiences of pregnancy, childbirth and motherhood whilst I'm on maternity leave. Read more here.